ASPEN REAL ESTATE – A spec home in Aspen’s Smuggler neighborhood recently sold for $4,225,000, an amount that is 68 percent less than its original, 2006 pre-construction price. It was most likely the greatest single-family home discount in the Aspen area since the economic downturn began four years ago, according to one broker’s calculations. Tim Estin, a broker with Coldwell Banker Mason Morse, spent some time doing research and calculations before publishing the sale on his Estin Report real estate blog. He found only one other discounted sale that might have been close—a green-built spec home at W/J that sold for $6 million, a 57 percent discount from the original nearly $14 million price. The five-bedroom, 8,000-square-foot home at 802 Gibson Avenue was the last of the three spec homes called the Aspen View Residences to sell. The home, near the corner of Lone Pine Road and adjacent to the Smuggler trailer park, was put on the market at the end of 2006—at the height of the real estate boom—before its completed construction in 2008—just before the crash. It was originally listed for $13.16 million. 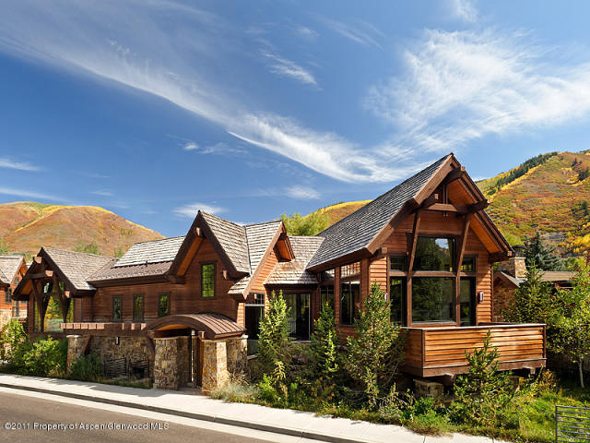